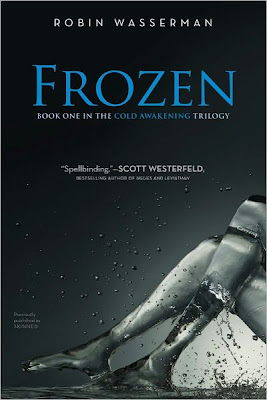 In a distant future Lia Kahn is 17 and life seems pretty great.  Her family has enough credits to buy almost anything, her friends and boyfriend adore her, she has an endless supply of vidlifes to enjoy, tech-enhanced clothing to wear, great parties to go to and one of the coolest zones on the network, complete with a beautiful av.  Unfortunately everything changes when she is involved in a serious car accident.  Even though the vehicles are mostly self-piloted, it doesn't mean they're fail proof as Lia finds out the hard way.  She wakes in a hospital unable to move and eventually finds out her brain has been copied and placed into a mechanical shell so she can continue living, indefinitely, even though her human body is gone.  Slowly she begins her recovery and learns to use her new body.  Wasserman has created an interesting world where these, "mech-heads," or, "skinners," aren't particularly liked by most.  They're resented for their immortality and cursed for their artificial bodies.  Lia has to deal with new discrimination, fading friendships, a boyfriend who is now disgusted by her and on top of everything else she has to figure out how to make her new body work for her... how to feel emotions without the physical responses... how to be her old self even though her old self is technically dead...  It's a beautiful landscape strewn with dilemmas and surprises.  The writing is pleasing and interesting as well.  I found this to be as much of a page-turner as my last read, so that was really nice; I love being completely absorbed into a book when I'm reading.  It was so interesting to try and imagine being alive without breathing, crying, eating or ever being able to die.  The characters were round and full and the kind of people you feel like you actually know as you read.  There were plenty of exciting moments and twists as well, I really look forward to reading the next two books of this trilogy.  I would recommend this to anyone who is a fan of sci-fi, dystopians, suspense, YA in general or action.

Favorite things: the concept, the writing, the characters, the suspense, the unique perspective and all the emotions the writing pulled out of me.

Criticisms: I felt the main character did a huge turn-around in her opinions for very little reason at one point and that broke my willing suspension of disbelief for a minute.  Other than that, nothing!

I read and appreciate every comment! Thank you for taking the time to give me some feedback. ♥

Read All About Me!

Sakura Sandra
I'm 29, married with an amazing baby girl and a wonderful step-daughter! I also have a sweet dog and a funny fish. I love Colorado except when it's cold and snowy... sometimes I want to move somewhere warmer! I hope you follow me! (^_^) I mostly read YA, dystopians, sci-fi, fantasies, psychology-related, historical fiction, paranormal and anything funny. Contact me if I can review a book, host a giveaway or conduct an author interview for you! My contact button on the bottom toolbar is the best way to do that. Thanks. <3

Get All My Updates:

Read My Site in Your Language:

My Recently Bookmarked Songs on Pandora: 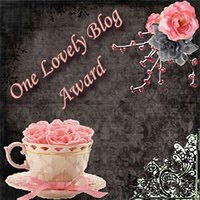